RETURN OF THE RUG 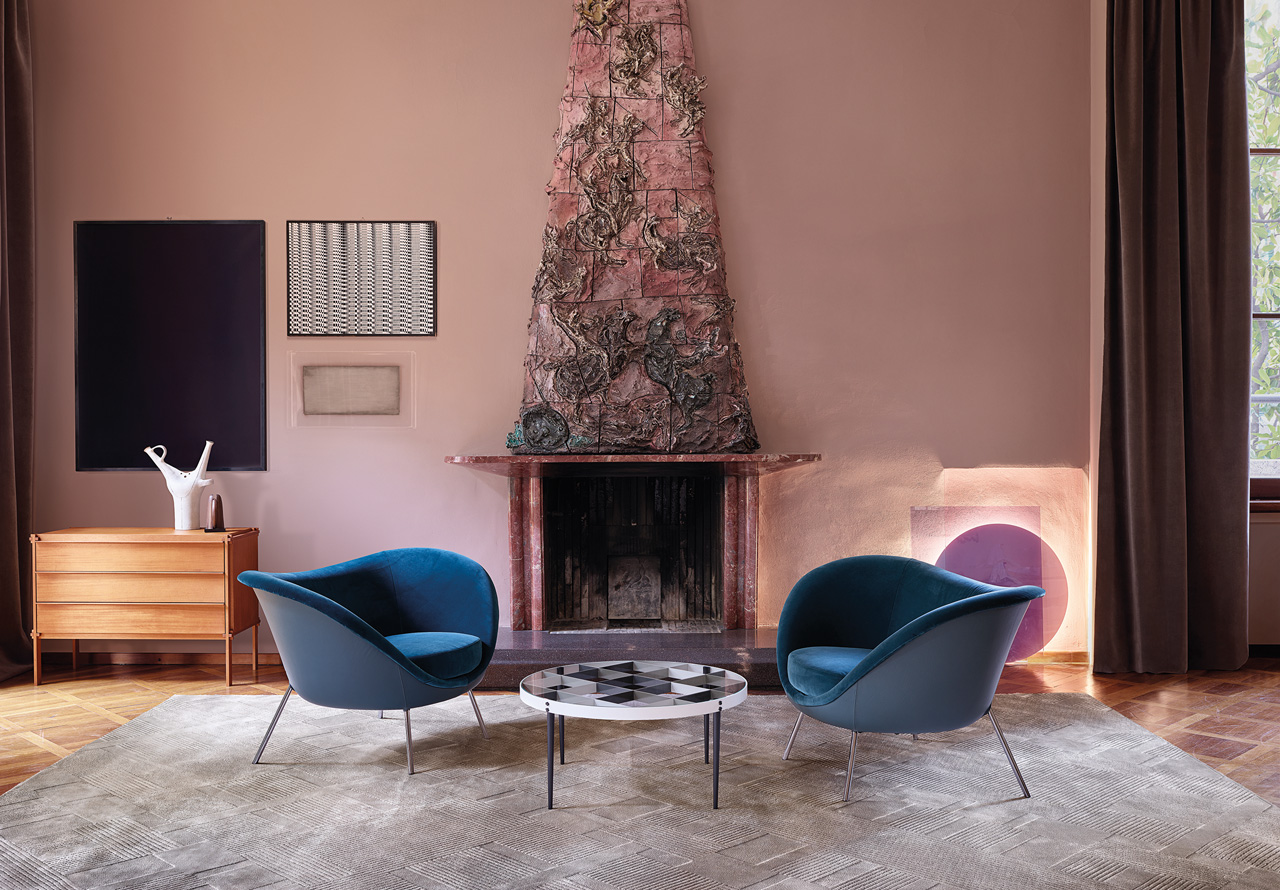 In 1840, the American writer Edgar Allan Poe wrote an essay called ‘The Philosophy of Furniture’. In it, he states: “A carpet is the soul of the apartment.” One hundred and eighty years on, it seems that the carpet, or rug, has once again become the soul of the interior.

In the early 2000s, the rug fell out of favour, with bare wooden floors or polished concrete being the preferred choice of leading interior decorators. Nowadays, however, designers have rediscovered how floor coverings can add texture and warmth, and serve as a focal point from which the character of a space can evolve. One only has to take a look at recent design projects such as The Standard hotel in London, which opened in 2019 and is replete with vibrantly coloured carpeting and rugs throughout, to see the importance the typology holds in its communal spaces. Another example is the boutique hotel Ett Hem in Stockholm.

Here, rugs are dotted throughout the property, which is designed to resemble a home, giving the space a welcoming and comforting feel. “Historically, rugs were things that had huge cultural value,” says British designer Ilse Crawford, who created the interior for Ett Hem and also founded the department of Man and Wellbeing at the Design Academy Eindhoven. “They were really redolent of identity, culture and relationships. And they had a function as well: they were the things that identified a place and, in some cases, added warmth. But this was secondary, I think, to their symbolic role.” «Historically, rugs were things that had huge cultural value. They were really redolent of identity, culture and relationships.»

Throughout history, decorative floor coverings have played a central role in self-expression. From the Pazyryk rug of the fifth century BCE that was found in 1949 in the grave of a Scythian nobleman in the Altai Mountains in Kazakhstan, to the elaborate weavings that Wayuu girls still learn to make as a rite of passage in north-eastern Colombia, rugs have long been prized for their workmanship and symbolism. In 2019, Crawford designed her own collection of rugs that used four key constraints to minimise the environmental and human costs of the manufacturing process: local fibre, hand-spinning, no bleach and no dye. And Crawford is not the only designer to turn to rug manufacturing recently. London-based design duo Raw-Edges has released rug collections alongside its furniture and interior design work. “If you have a big space or a small space and you need to define it, you just put a rug in it,” says Shay Alkalay, one half of Raw-Edges. “That’s really what rugs do. It’s almost like a big chandelier. It’s really important.” This year Molteni&C will release two new collections of rugs by Marta Ferri and Nicola Gallizia. Already part of Molteni&C’s stable of designers, Ferri and Gallizia are in an excellent position to interpret the current trend for rugs and integrate them into the Molteni&C style. Both symbolic and utilitarian, rugs allow designers and makers unique opportunities for expression, whether that’s in the sophisticated elegance of collections such as Molteni&C’s new rug releases or the lavish patterns of the Ottoman empire. A rug is indeed the soul of any interior

The aesthetic of the monolithic has expanded beyond architecture and into interior and product design.

Almost 100 years have passed since the fitted kitchen was invented, in Frankfurt in 1926, to furnish small apartments.

What happens to an object at the end of its lifespan?